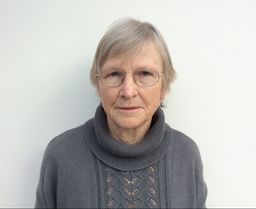 Taught Mathematics at Secondary level from 1965 in various schools including Grammar, Secondary Modern & Comprehensive ( QE) before taking up a post in 1979 in the Maths Dept of Bryanston School which included pastoral work, D of E , Sailing, i/c Charities.
1990-1994: Started ‘Student Opportunities’, giving advice on Gap Year Projects to schools and running a GAP project in Ecuador.
1994-1998 : Taught at Oak Lodge Special School near Southampton
1998 – 2006: Back to Bryanston to teach Maths in the Special Needs department

Trustee of Horton & Chalbury Village Hall ( and also Treasurer) since 2009 when the new Hall was built.

Trustee of ‘Coach in the Community ‘ ( WOTS ) ; a charity which owns a blue bus converted to provide a mobile Youth Club, currently operating on Cranborne on Wednesday evenings.

Main interests other than above:
Travel, especially to developing countries in Africa including South Sudan.
Sailing ; walking; gardening; music; keeping up with family & friends old & new

I am passionately interested in Education in its widest sense and also in young people, especially their opportunities and development.